With the festive season very nearly upon us, you may be happy to learn that The Great Outdoors Superstore in partnership with whttdental.co.uk has been keeping itself busy by helping out both the Heartbeat of Sport and Rugby League Cares over October and December. 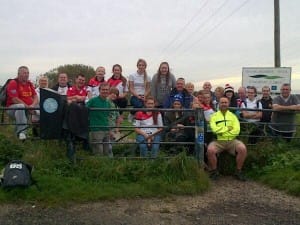 By providing head torches and walking boots to the Heartbeat of Sport during their Three Peaks Walk, and protective jackets to Rugby League Cares during their Founders Walk through the Trans Pennine Trail, the Great Outdoors Superstore was able to give something back to those who need help the most.

Over seven days from October 18th – 24th, Rugby League cares organised their charity walk that stretched from Southport on the west coast, all the way to Hornsea on the east (a distance of 117 miles as the crow flies).

With five starting points along the trail, the walk helped raised money to help protect the heritage of the sport and the welfare of badly injured players. 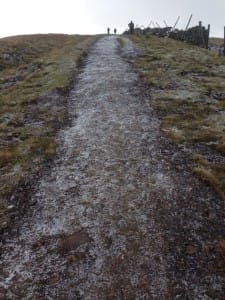 The Heartbeat of Sport, a charity dedicated to making sports professionals aware of Sudden Cardiac Arrest (SCA’s), managed to complete the Three Peaks Challenge on December 5 in 9 hours and 15 minutes, which isn’t bad considering that the walk is approximately 23 miles in length.

By completing the challenge, walkers have raised nearly £5000 on the day and the money raised is going towards providing AED and CPR training to sports facilities around the UK.