When you are out shopping in town and deciding which shops you will brave next, you may see a rare species on animal that makes a big appearance around the months of Christmas.

In case you go on the hunt for this precious and rare being, we have some top tips on the best way to identify one, should you stumble upon it and wish to treat it to a nice pint of beer and a chat: 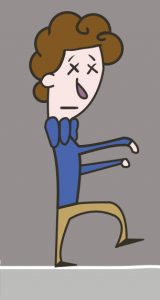 The reluctant male shopper can often have his eyes glued to his mobile phone. Whether he is walking around a shop or stood outside leaning on the window, his eyes don’t blink for a second.

The main focus is usually sports related or a social network and this can keep them entertained for hours if need be.

The reluctant male shopper can often be mistaken for a shadow when shopping with their other half.

They walk aimlessly around shops with a completely blank expression on their face concentrating solely on not losing the person in front of them in case they become completely lost in a shop of horrors on their own.

If you enter a shop looking for the reluctant male shopper, then you can be assured that once you find one, you will find many.

They tend to congregate in a seated area where they can relate to the other male shoppers around them and all look equally bored and unhappy about having been dragged there. 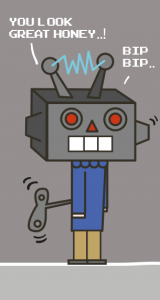 An easy way to spot a reluctant male shopper is by their robotic voice.

They can often be heard repeating phrases such as “yeah looks great” and “it doesn’t make your bum look big at all” over and over again until smoke appears to come out of their ears. Don’t worry this is likely to just be the phrase part of their brain overheating.

The chances are, you will find the reluctant male shopper leaning.

Where he is leaning against the outside of the shop, the fitting rooms, a sale rail or a hat stand, he is easily identifiable.

Once they have found a suitable leaning station they keep their head down and their eyes on the floor so as not to attract the attention of anyone else, especially not a shop attendant.

So there you have it.

The five ways in which you can easily identify the reluctant male shopper – if you know of any more feel free to add them in the comments below !